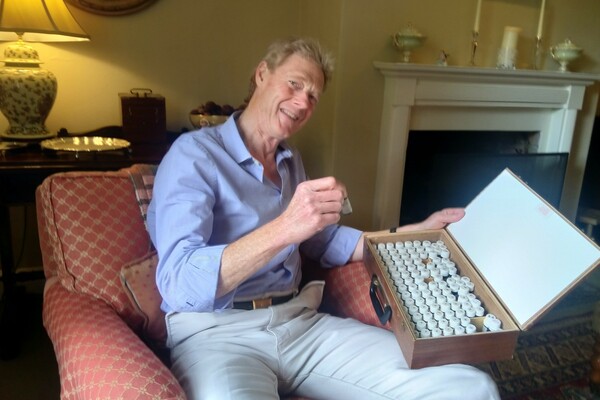 Dr Tim Robinson recently became a Fellow of the Faculty of Homeopathy. He reflects on his last 25 years and looks forward to 'What's next!'
29 Jul 2021 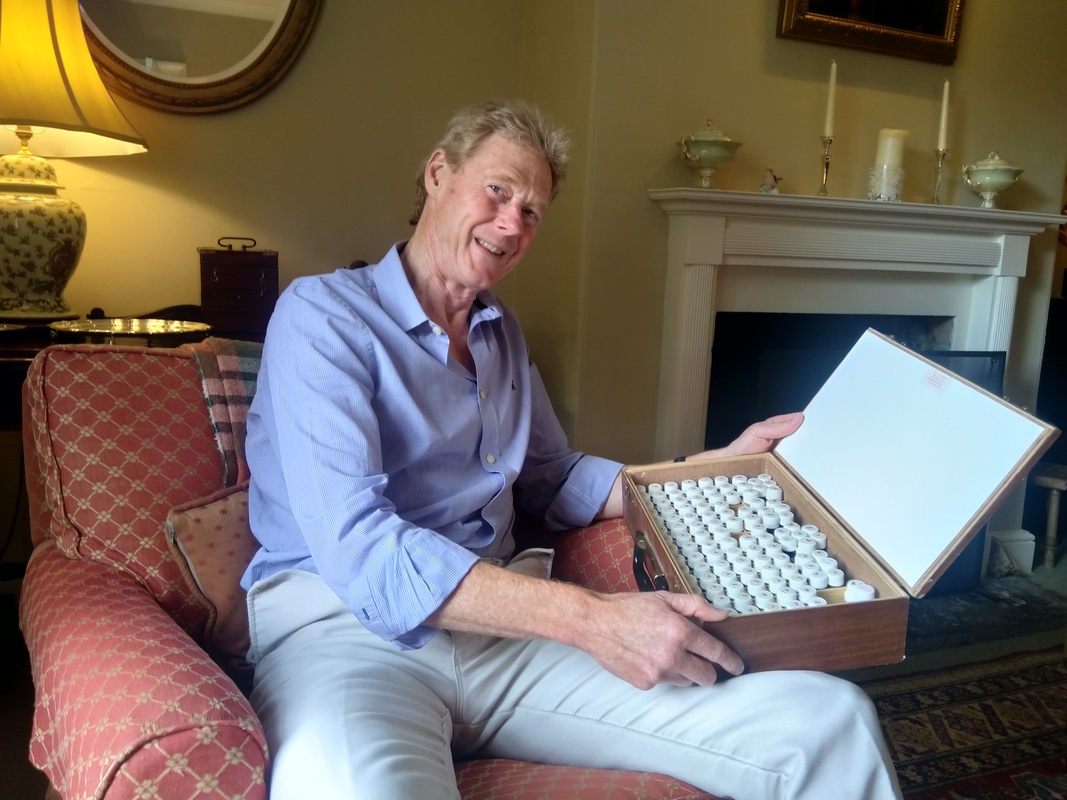 “Shocked, delighted, humbled”… that was the open-mouthed reaction of rural GP Dr Tim Robinson on learning – live on Zoom during the Faculty’s recent AGM – that he had been awarded a prestigious Fellowship for his 25 years of service to the Faculty and to the practice of medical homeopathy.

Dr Tim now says it was also a moment of reflection: time to look back over a career that’s encompassed, so far, roles as lecturer, examiner, researcher, appraiser, Faculty membership convenor, accomplished media performer, even an audience with the Prince of Wales – all on top of the day job as someone who his nomination said ‘had championed the inclusion of homeopathy in NHS general practice over many years’.

I went to meet Tim Robinson at his home in Beaminster, deep in rural Dorset, to learn more. My warm welcome included the first handshake I’d been offered in more than a year but, mildly taken aback, I reasoned: he’s a doctor so it must be safe!

His journey in homeopathy began as a schoolboy of 12 or 13 when his mother would send him to school with a homeopathic remedy for his sore throat instead of paracetamol. It seemed to work, so was she a homeopath?

“No, she was a housewife and my father had originally been a sheep farmer in Australia and then became a sculptor. I was nine when we moved to Britain and when I left school and went to train at Middlesex Hospital in London, Ainsworths was just down the road. When my wife, Jenny, was pregnant for the first time she had painful leg cramps. I rang Ainsworths and was put through to Tony Pinkus. “Cuprum metallicum” he said, which proved a wonderful remedy, very impressive.”

Robinson then joined the GP practice in rural Dorset where he has spent most of his career. Frustrated by some conditions he encountered which he could do nothing about, he learnt his homeopathy over four years in a modular course at Bristol Homeopathic Hospital while a fulltime GP, though he fears that would be almost impossible today due to the “intense, unrelenting pressure and exhaustion” busy GPs face in the day job. But there are some hopeful signs:

“The way the Faculty can future-proof itself is by providing teaching courses in a 21st century fashion, which increasingly are going to be modular and digital and virtual, which are all much cheaper than having bums on seats in lecture halls and all the travel that involves.”

Some of his most satisfying successes have been with what Dr Robinson describes as the ‘heart sink’ patients:

“One’s heart sinks as they enter the surgery. They have got their notes a mile wide and have seen every doctor under the sun. ‘It’s this hair in the back of my throat, doctor’, or ‘this bloating’. It’s a bad experience for the doctor and a terrible experience for the patient but for someone with a homeopathic training they are a delight! That training turns you into a medical detective par excellence… even in a 10-minute consultation... There is nothing more rewarding than finding out what is at the heart of the problem and ‘heart sinks’ have morphed into ‘heart sings!’”

But I suggest it might have been easier persuading patients in a rural West Country GP practice to try a homeopathic remedy than, perhaps, with a more sceptical or even cynical city patient list?

“No, it all comes down to the practitioner and being able to connect. To explain in everyday language what you are offering and why.”

He shows me proudly what came to be known as ‘Dr Tim’s Magic Box’ ... one of two large wooden boxes he kept in his GP surgery until he retired from general practice last year, aged 60.

It contains some 250 remedies from which Dr Tim would select to treat the plethora of ailments he found homeopathy could help -- from infantile colic and teething pains in babies to leg cramps, menopausal hot flushes, catarrh, sinusitis, car sickness, hay fever, eczema, osteoarthritis and many more.

As for the outright disbelief and hostility of the medical and scientific establishment to what’s become most of his life’s work:

“Why is science so sceptical? We did not know what gravity was till the apple hit Newton's head, and they only discovered the black hole in the middle of the universe eight years ago!”

So how far should homeopathy’s defenders go in responding to its fairly relentless rubbishing in the mainstream press and media?

“We have been fighting a war of attrition over the last 25 years. Going  on the offensive, all guns blazing, can be a hiding to nothing, unfortunately. It’s certainly wrong to keep our head down when we are attacked. Stand up for what you believe and point out the truth backed up by the scientific evidence but don't get sucked into a fight. You don't want to become a fanatic... keep it rational and real.”

That cold war continues but for homeopathy’s many supporters -- and I declare an interest here as not only a journalist but a trustee of the sector’s main patient-facing charity, Homeopathy UK – doctors like Tim Robinson and his many Faculty of Homeopathy colleagues represent the gold standard in the campaign to spread knowledge of the possible benefits of homeopathic treatment to a much wider public.

As Dr Tim observes, it seems faintly ridiculous to suggest that so many medically-trained, GMC-regulated doctors, nurses, and other health professionals could have been fooled for so long by nothing more than a placebo effect:

“I have been doing this for 25 years. If I’d had 25 years of disappointments I would have given up well before now. I continued because I continued to see successes and it has been an amazing journey. What’s next?!”

This article was kindly written by Robert Orchard following an interview with Tim Robinson in July 2021.

Founded in 1844 • Incorporated by Act of Parliament 1950 • Patron: HRH The Prince of Wales
Log in | Powered by White Fuse