Research and Homeopathy
About Research

Homeopathy is more than 200 years old, used by tens of thousands of physicians and over 500 million people worldwide, making it one of the most popular forms of integrated medicine.[1]It is based on the concept of ‘treating like with like’ (in Latin similia similibus curentur).  Homeopathic treatment aims to stimulate and direct the body’s self-healing capacity by triggering a reaction. The body reacts to stimuli, which have physiological effects (drugs or toxins) by attempting to maintain homeostasis (a stable internal environment). Homeopathy makes therapeutic use of this effect.

The research literature includes preclinical and clinical evidence of the effectiveness of homeopathy including historical, observational, comparative effectiveness and randomized clinical trial evidence of good outcomes, greater safety, patient acceptance, accessibility and cost-savings.  Homeopathy is often used ‘to treat the patient, not the disease’ strengthening host defences and resilience rather than killing microbes or blocking pathophysiological processes. Here there is overlap with other areas of pharmacology and toxicology including the widely observed phenomenon of hormesis (the paradoxical, stimulatory or beneficial effects of low doses of toxins).[2] A hormetic dose response curve is non-linear: J shaped with a linear dose response relationship at high doses (the shaft) but a reversed dose response, i.e. beneficial or stimulatory (the hook) at low dose. Over 10,000 experiments demonstrating hormesis and important therapeutic implications have been identified.[3]

High quality surveys of use of homeopathy have been conducted in 11 countries. [4]  Two surveys in the UK estimated annual use at 3.1% and 9.8%.  In France 10.2% of the general population and 18% of children aged 0–4 years use homeopathy annually. 43.5% of French health professionals prescribe homeopathy, often co-prescribing it with conventional medication. Data from the US federal National Health Interview Survey analysed by a team at Harvard show that around 7 million Americans use homeopathy annually, with steady growth.  They particularly use it for upper respiratory and ear problems and consider it more effective than nutritional supplements.[5]  The demographics of users of homeopathy are consistent internationally: they tend to be female, well-educated and to pursue healthy lifestyles. [6]

The public health implications of homeopathy

Polypharmacy (the use of multiple drugs), particularly in the elderly is a major challenge to medicine. This includes opiate analgesics (painkillers), psychotropic drugs (including tranquillisers, antidepressants and sleeping tablets) and antibiotics. The overuse of antibiotics has led to a massive global crisis of antimicrobial resistance: we are running out of effective antibiotics. There is strong research evidence that the integration of homeopathy into medical practice reduces the use of all these hazardous groups of drugs.

The largest comparative effectiveness study of homeopathy published to date is the EPI3 study. A nationwide study in France, coordinated by the Department of Pharmacoepidemiology at the University of Bordeaux, it included 6,379 patients at 804 medical practices. It compared treatment outcomes for patients attending conventional, homeopathic, and mixed practice family physicians in musculoskeletal conditions, upper respiratory tract infection, sleep disorders, anxiety, and depression in terms of clinical benefit, medical care and medication, adverse effects, and loss of therapeutic opportunity. Patients did not differ between groups except for the chronicity of their illness, which was greater in the homeopathic group. Patients treated by homeopathic physicians showed a similar clinical progression but took about half the amount of non-steroidal anti-inflammatory drugs (NSAIDs) compared to conventionally-treated patients, with fewer NSAID-related adverse events and no loss of therapeutic opportunity. [7]

Another study in the EPI3 series yielded an analogous result, showing that patients who consult family physicians certified in homeopathy used significantly less antibiotics and antipyretic/anti-inflammatory drugs for upper respiratory tract infections than those who attended family physicians who prescribe only conventional medications, with similar outcomes. [8]  This finding is of considerable public health importance since antimicrobial resistance is now a major global problem. One of its main causes is overuse of antibiotics for upper respiratory tract infections. Similar results were found in anxiety, depression and sleep disorders.[9]

Comparative effectiveness research examines the effectiveness of treatments in real-world situations, as opposed to the artificial conditions often imposed in randomized controlled trials, comparing outcomes in groups of patients (often known as cohorts) receiving different treatments. There are several such studies of homeopathy, comparing outcomes in various groups of patients attending conventional family physicians, and family physicians who integrate homeopathy in their practice, including those below:

A group at the Charité University Medical Centre in Berlin compared outcomes between homeopathic and conventional family physicians in chronic diagnoses commonly treated in general practice (adults – headache, low back pain, depression, insomnia, sinusitis; children – atopic asthma, dermatitis, rhinitis).[14],[15] 493 patients were treated by 101 homeopathic and 59 conventional family physicians. The patients treated by the two groups of physicians were generally similar. The conclusion was that patients who sought homeopathic treatment had better outcomes at similar cost.

In all comparative effectiveness studies of homeopathy, its integration into health care resulted in better outcomes for patients with improved safety. Those that included cost-effectiveness analysis showed no additional cost or reduced costs.

Physician and consumer confidence in the safety of homeopathy is justified. There is no evidence that homeopathic medicines cause serious or long-lasting harm.  A systematic review of the safety of homeopathy, which included a comprehensive search of the English-language literature and enquiries with regulatory authorities, including the Federal Drug Administration in the USA concluded: “Homeopathic medicines may provoke adverse effects, but these are generally mild and transient; adverse effects of homeopathy are under-reported; there are cases of 'mistaken identity' where herbal medicines were described as homeopathic. The main risks associated with homeopathy are indirect, relating to the prescriber rather than the medicine.”[17]

There is a substantial body of research in homeopathy using animal models, human cells, plants, and other organisms. The HomBRex database contained details of 2,289 basic research experiments in August 2017. It is maintained by the Carstens Foundation in Stuttgart Germany www.carstens-stiftung.de/hombrex and is accessible free of charge. Karl Carstens, who endowed it, was President of West Germany 1979 – 1984. Of these experiments 89% reported at least one positive result. Animals were the most often used model system (371), followed by plants (201), human material (92), bacteria and viruses (37), and fungi (32).[18] One of the hallmarks of high quality science is replication. A recent review of biochemical, immunological, botanical, cell biological and zoological experiments on homeopathic dilutions found 98 replicated experiments with over 70% of replications positive.[19]

Homeopathic medicines are made from plants, animals (or parts of animals) and and other substances serially diluted and vigorously agitated during the manufacturing process.  Twelve independent research laboratories in the U.S., France, Italy, Russia, and India have now found that homeopathic medicines studied contain various nanostructures, including source material, silica nanoparticles and gas nanobubbles heterogeneously dispersed in colloidal solution [20], [21], [22], [23].  This work suggests that homeopathic medicines, like modern engineered nanoparticles, act by modulating the allostatic stress response network (allostasis is the process of restoring a stable internal environment), including cytokines, oxidative stress and heat shock prote#ins [24],[25].

By August 2017 1,138 clinical trials of homeopathy had been published. Details can be found on the CORE-HOM database also maintained by the Carstens Foundation and accessible without charge: http://archiv.carstens-stiftung.de/core-hom

Detractors frequently claim that there is no scientific evidence for homeopathy. As this short paper has shown, this is not the case. Although, according to current scientific understanding, it is implausible that the very high dilutions used in homeopathy have effects which are not placebo, there is abundant evidence that they do. Homeopathy is geographically widespread and increasing in popularity.  Clinical research and syntheses of such research show it to be safe and effective for a range of conditions.  Integrating homeopathy in health care systems is associated with benefits including improved outcomes, less use of drugs including antibiotics, and economic benefits.

Dr Peter Fisher was Director of Research and Consultant Physician at the Royal London Hospital for Integrated Medicine (RLHIM). A Fellow of the Royal College of Physicians, he was accredited in homeopathy and rheumatology. He was a member of the World Health Organization’s Expert Advisory Panel on Traditional and Complementary Medicine, involved in drafting its Traditional and Complementary Medicine Strategy 2014-2023, and Editor-in-Chief of the international medical journal Homeopathy. He was Physician to Her Majesty Queen Elizabeth II for 12 years.

The RLHIM is part of University College London Hospitals NHS Foundation Trust, one of the largest academic medical centres in the UK, and is Europe’s largest public sector centre for integrated medicine. 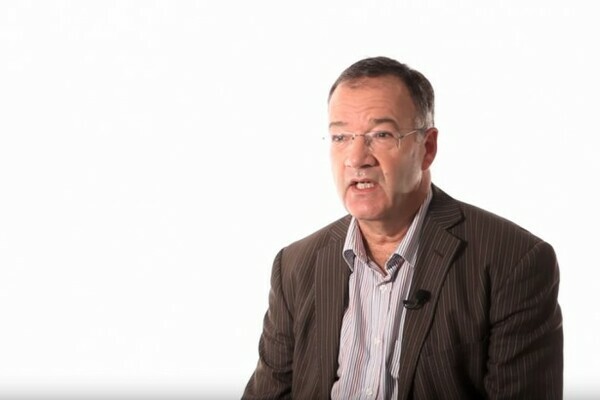 Dr Peter Fisher was Director of Research and Consultant Physician at the Royal London Hospital for Integrated Medicine (RLHIM). A Fellow of the Royal College of Physicians, he was accredited in homeopathy and rheumatology. He was a member of the World Health Organization’s Expert Advisory Panel on Traditional and Complementary Medicine, involved in drafting its Traditional and Complementary Medicine Strategy 2014-2023, and was Editor-in-Chief of the international medical journal Homeopathy. He was also Physician to Her Majesty Queen Elizabeth II for 12 years.

Dr Peter Fisher passed away in a tragic cycle accident in London on National Cycle to Work Day on 15th August 2018, to watch a celebration of his life and a tribute to him click here.

The RLHIM is part of University College London Hospitals NHS Foundation Trust, one of the largest academic medical centres in the UK, and is Europe’s largest public sector centre for integrated medicine.